Get Bounce
It all began with a cup of coffee | Murray Hill
Here’s the game plan: Meet at a coffee shop, grab a cup of coffee or tea to go, and head on out. Afterall, we do live in one of the best cities in the world.
By Bridget

First dates in New York City are like job interviews, but in a dimly lit cocktail bar with high chances of unresponded text messages and 3AM wyds.

Back in December 2018, I met the founders of Bounce at The Bean by Union Square. We both agreed that dates should be fun, spontaneous, and not taken too seriously. Fastrack three months later, I’m here to introduce you a little series of: It all began with a cup of coffee.

Instead of you sharing the same story of that one time you threw up in an Uber, we want you to head out and create new experiences together (Please don’t throw up in a car together, and if you do, remember to tip your driver graciously.)

Now here’s the game plan: Meet at a coffee shop, grab a cup of coffee or tea to go, and head on out. Afterall, we do live in one of the best cities in the world.

Confession: I live in Murray Hill. I know, I know, it’s the least sexy neighborhood you can think of for a fun or cute date.

Let’s give it a try shall we? 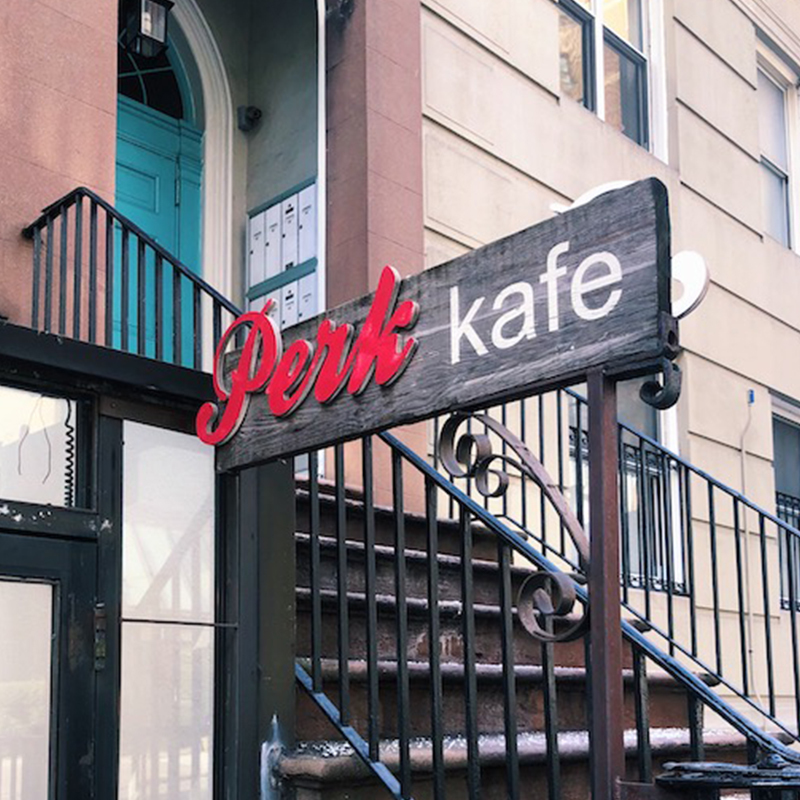 Meet at Perk Kafe on 37th and 3rd. Grab your drinks and maybe an almond croissant, trust me you won’t regret it. Giggles at the “Respect the coffee gods” sign is optional. 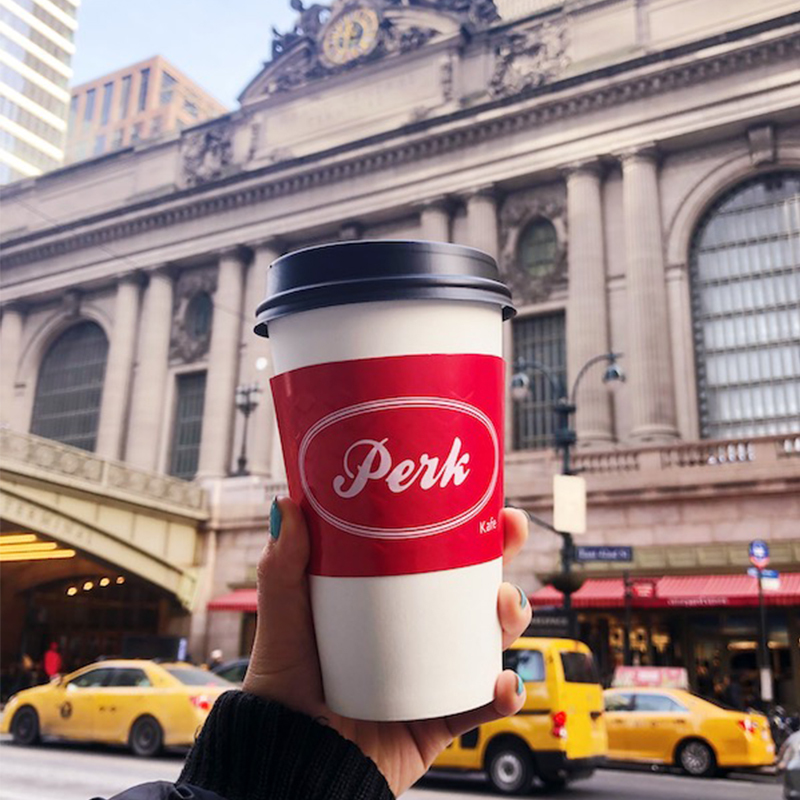 Have you ever noticed the bridge in front of Grand Central?

Fun fact: It has one of the best views of manhattenhedge. If you’re unfamiliar, this is when the sun sets perfectly with the grid of the city.

Talking points: Ask your date if they’ve seen manhattenhedge, talk about how much you appreciate the grid system, or how you can’t believe Bounce is suggesting that you go to Grand Central.

Now walk into Grand Central, go all the way to the stairs in front of the Apple store, and stand at the top and enjoy (in my most humble opinion), one of the greatest views in New York City.

Fun fact: Remember in Friends with Benefits when Justin Timberlake planned a flashmob to get Mila Kunis back?

Talking points: Look up at the constellations on the ceilings, ask your date what their horoscope is, when their birthday is, and then literally start making up stories of the people walking in and out of the lobby

In the event that it’s night time, you can also stop by The Campbell Bar that is tucked underneath Grand Central off 43rd street.

Bonus points (shout out to my friend for the pro tip): Remember that scene of Serena and Nate on a bar? Oh yes, this is that bar. Xoxo, Gossip Girl

Did we just make Grand Central sound a little sexy? Imagine where we take you on your next date.

Other places to visit while you’re in the area: The Morgan Library & Museum and Bryant Park (There’s the Winter Village in the winter, and movie nights in the summer.)

And remember, it all begins with a cup of coffee.

coffee cups of nyc started as a personal creative outlet, and has since become a collection of mini discoveries in the city

We Met on Bounce: Volume 1
"That date almost feels like something the universe brought to me to say 'hey girl, sorry about all of that [other stuff.] Here's something good. Good luck!" Does that make sense? I love the guy."
Let these otters help you with your dating app profile
We rounded up some otters to help show you how to pick your profile pics
It all began with a cup of coffee | Murray Hill
Here’s the game plan: Meet at a coffee shop, grab a cup of coffee or tea to go, and head on out. Afterall, we do live in one of the best cities in the world.